Now that everyone is talking nice things about David Bowie, I have to say that I did not like him very much when I was young. I rediscovered him a few years ago with album The Next Day I ended up buying the vinyl, at a time when I no longer buy Compact Disc, It is something I reserve for those albums that exceed my expectations when listening on streaming.

After listening to Lazarus few days before his death, the news did not surprise me and verses of the song took on its full meaning.

This weekend, listening to the album Blackstar, I wanted to do my little tribute with this brief analysis of his lyrics.

I have developed a Python script that accesses AZLyrics, and, with it, I have compiled the lyrics of 254 songs and 25 albums:

What about his songs

This is the wordcloud of his entire career: 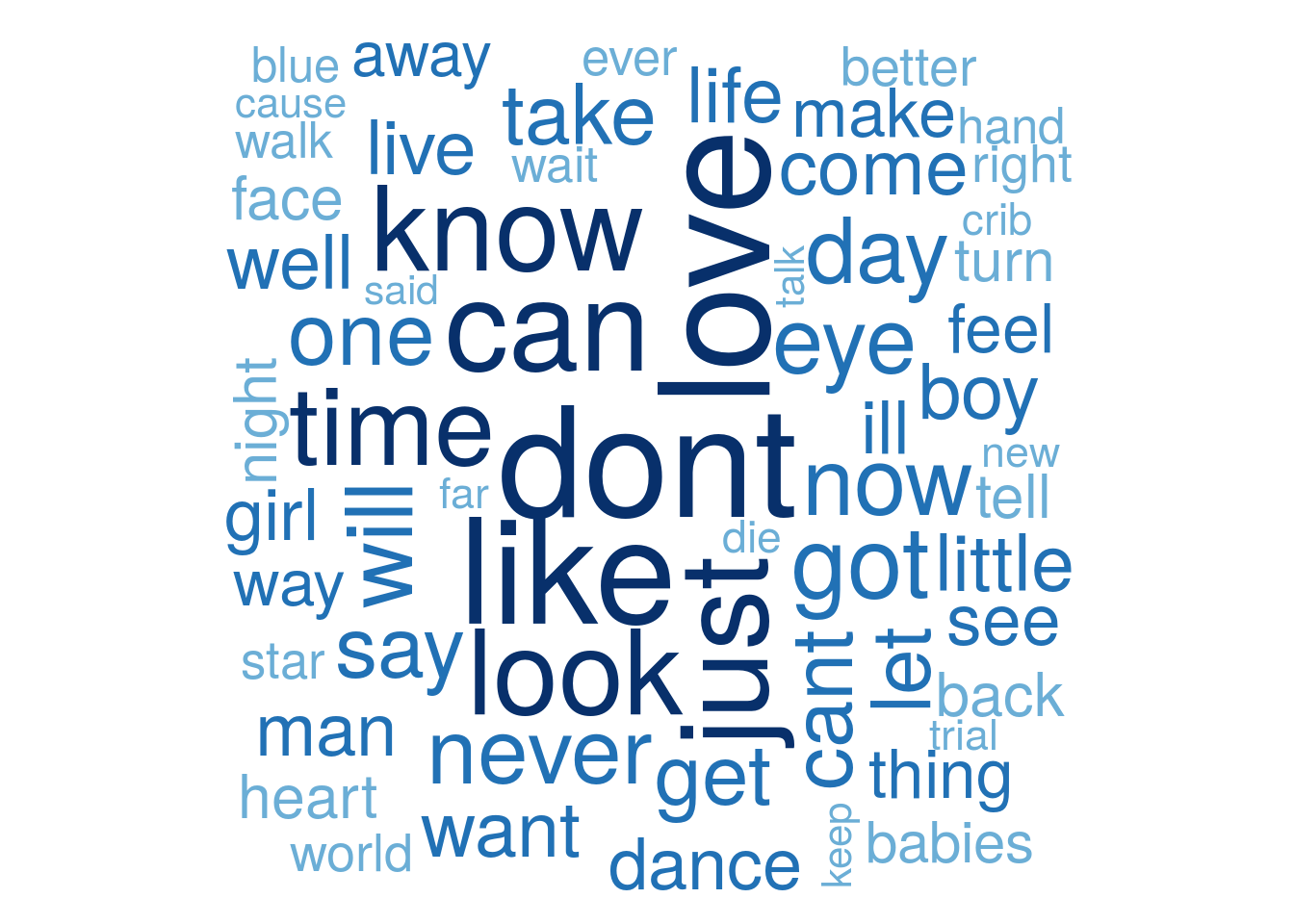 Amd this of the album Space Oddity: 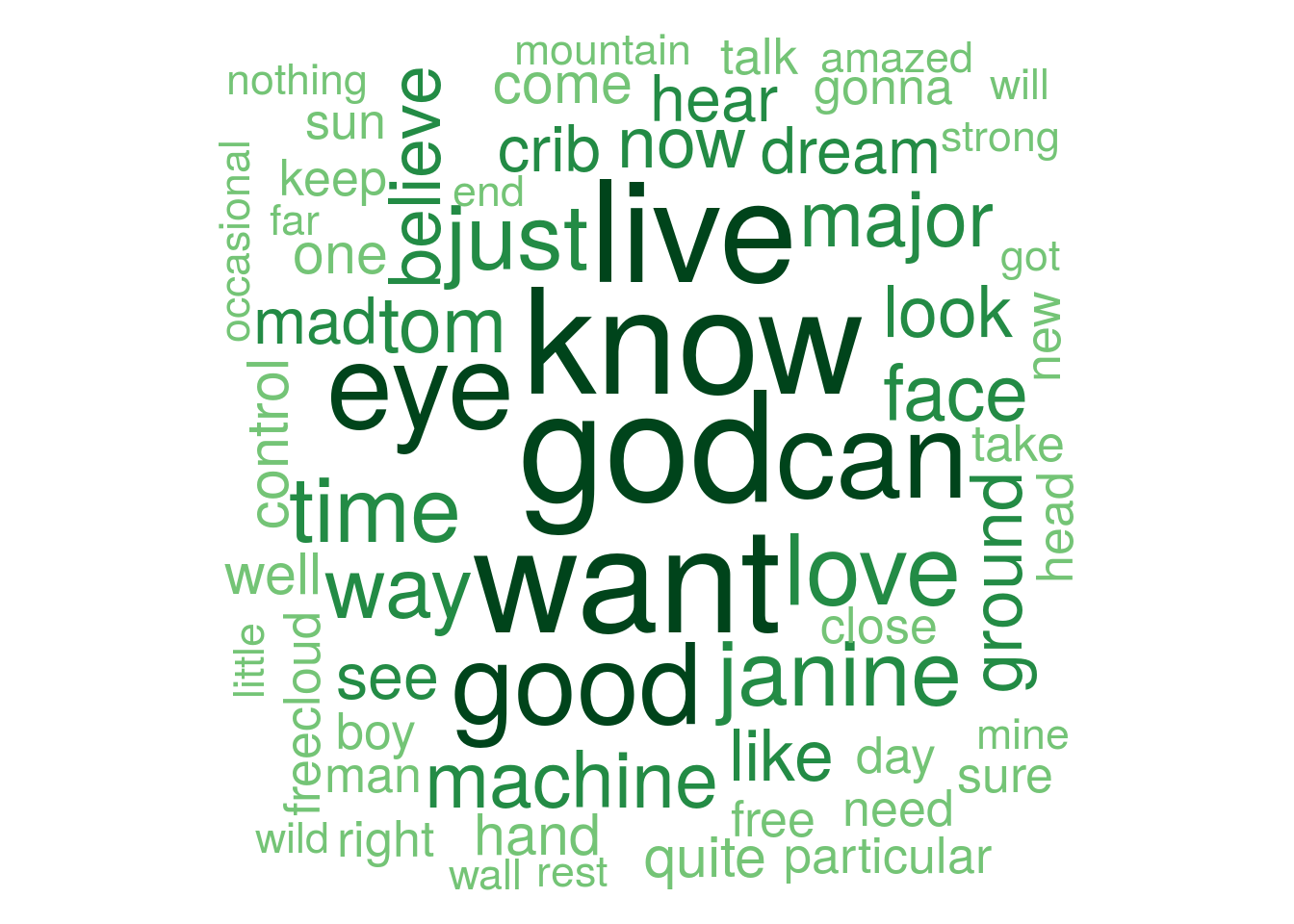 Do you see Major Tom to Ground Control calling?

And this of his latest album Blackstar: 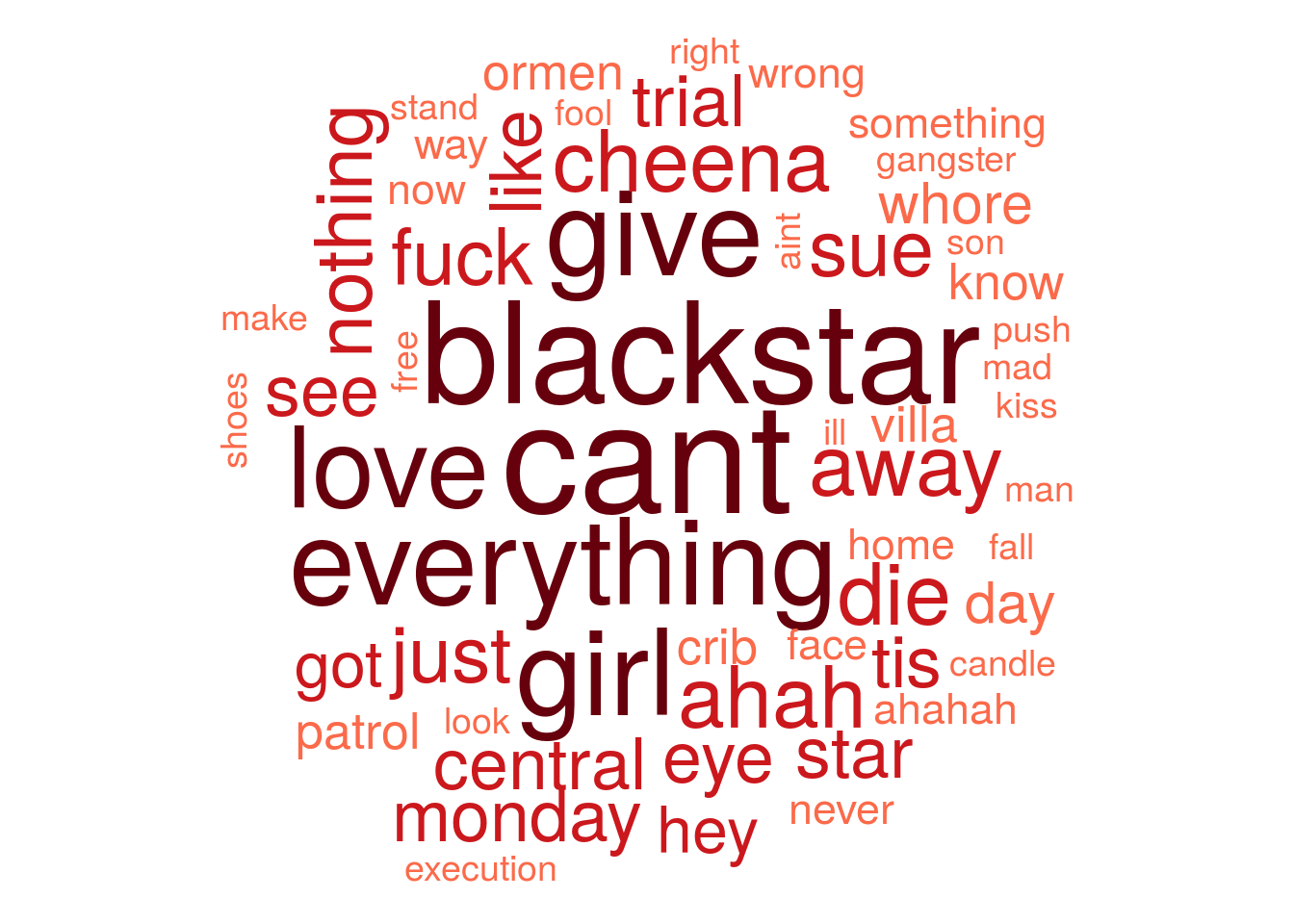 Words through the years

I will now show some important words in their lyrics and their frequency over the years: god, love, time, star, live & die 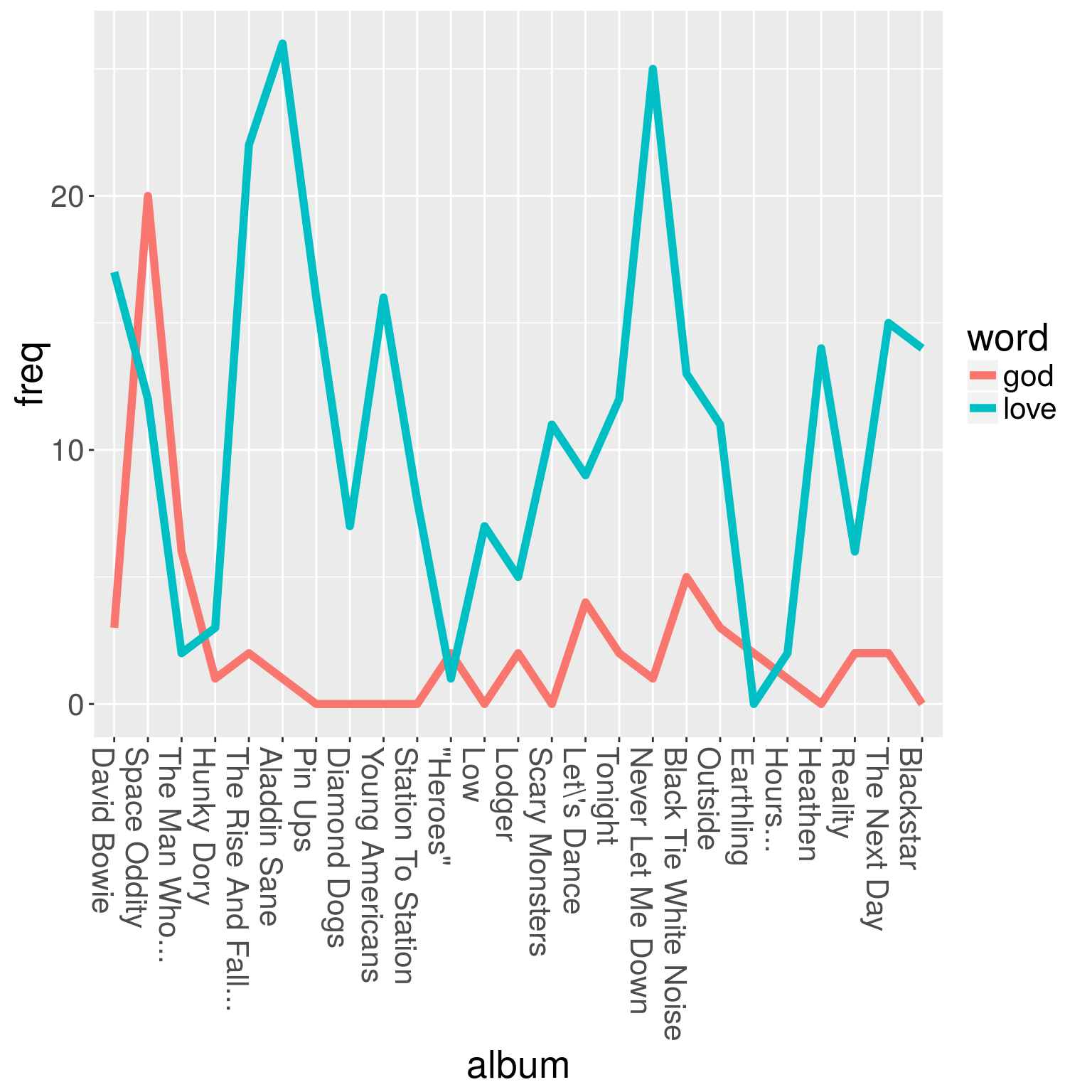 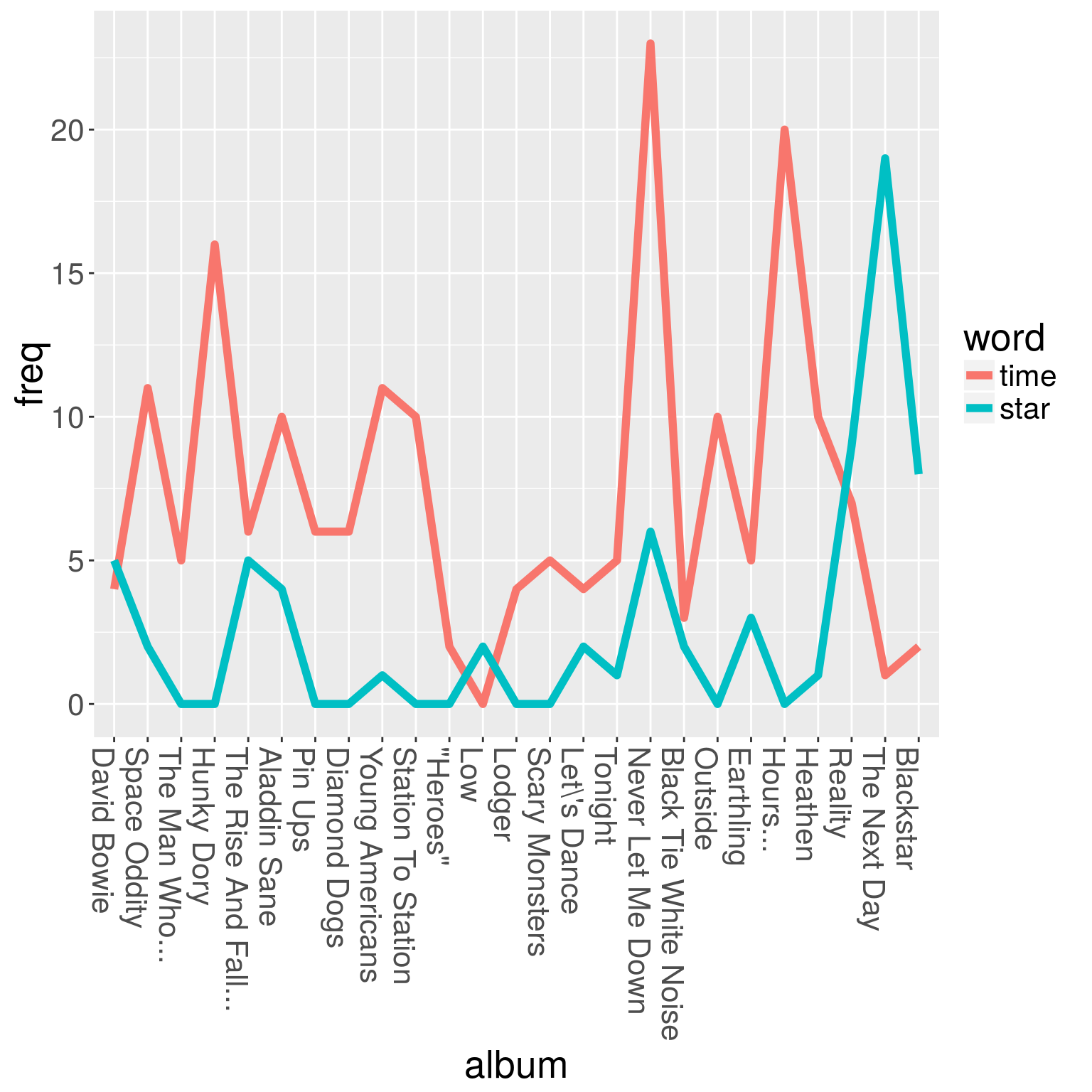 In the two last albums die appears more than before… 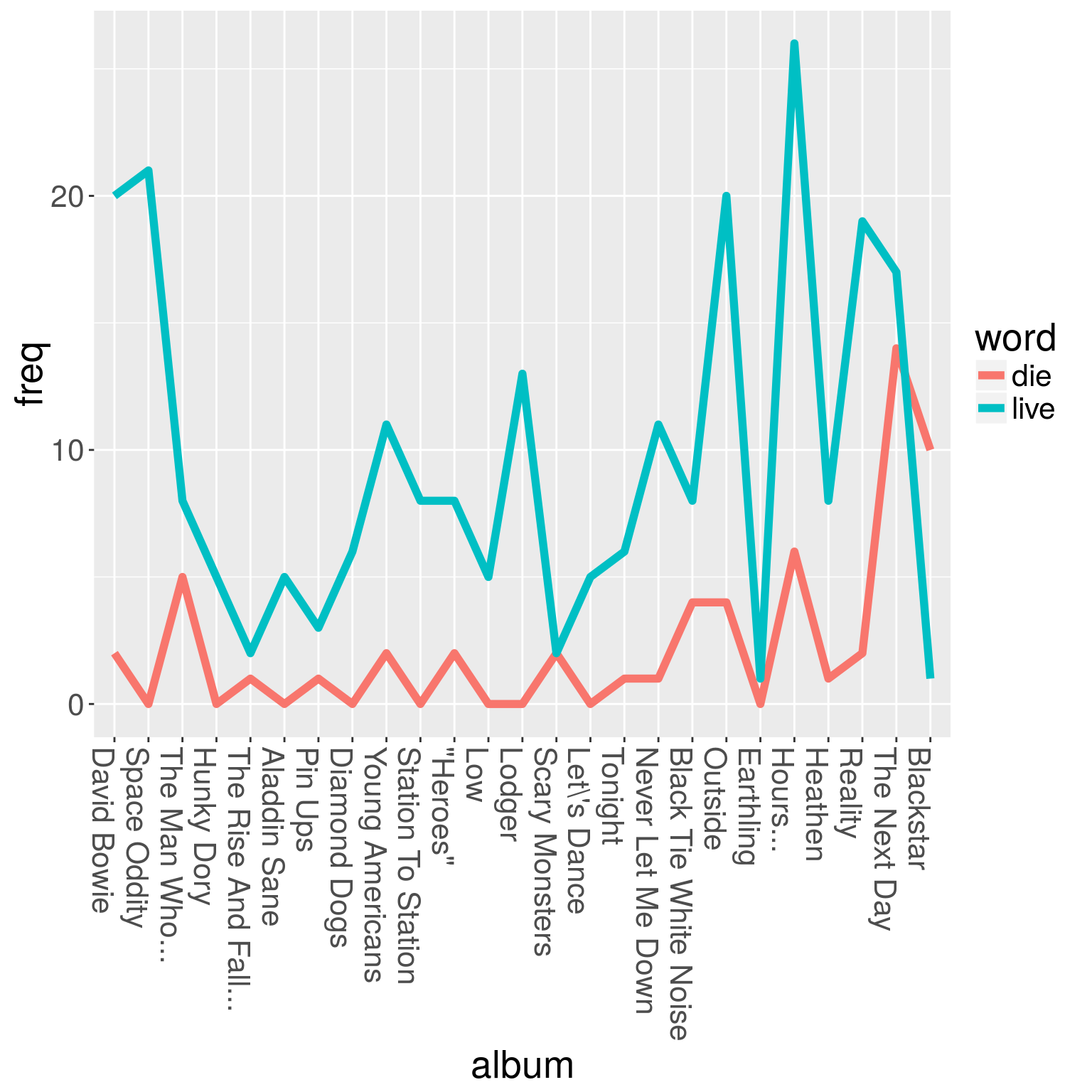